- March 07, 2012
Jon Dart released version 14.0.1 of Arasan and Jim Ablett kindly provided a binary for ARM-based Android devices. I did a 1 second per move match from both sides of the Nunn opening suite between version 13.4 and the new 14.0.1 using Chess for Android, which ended in 11-9 in favor of the older version (of course not enough games to say anything conclusive; the match was merely a quick sanity check on the new version). 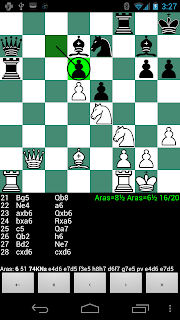 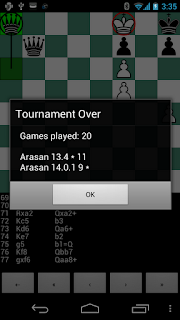